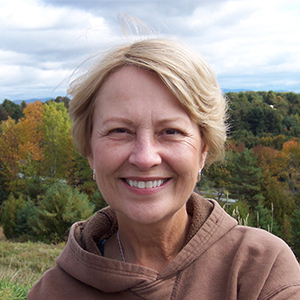 It was Easter weekend and Donna Allen was traveling from Illinois to Rochester Hills, Michigan to spend time with family. Shortly after crossing into Michigan, they stopped at the Welcome Center, a routine practice for their family.

On the way back to her car, Donna tripped and fell to the pavement. In an attempt to catch herself, Donna stuck out her arms. Her right hand took the brunt of the fall, breaking four of her fingers. She had also had bitten her lip and severely bruised her nose. Welcome Center staff quickly called 9-1-1 and paramedics from New Buffalo arrived on scene a short while later.

When asked which hospital she would like them to take her to, Donna remembered hearing good things about the St. Joseph community, and requested she be transported to Lakeland Medical Center, St. Joseph. When she arrived to the Emergency Department, Donna recalled being warmly greeted by staff, who went to work providing her with the care she needed.

“Everyone in the Emergency Department was very kind and compassionate and they kept me as comfortable as possible,” said Donna. “They seemed to always be one step ahead of the next and worked really well as a team.”

After a series of x-rays Donna was informed that her fingers had suffered a series of compound fractures which would require surgery to repair. Two pins would be placed in each of her fingers in order to set the bones back in place. However, her bad luck seemed to take a turn for the better when she was introduced to hand surgeon, Ginard Henry, MD.

“Dr. Henry had great bedside manner and we were pleased to learn that he had just recently relocated to southwest Michigan from southern California,” said Donna. “I was awake for the surgery and Dr. Henry and his team kept me well informed throughout the process and were very attentive to all my needs.”

After surgery Donna spent the night in the hospital to recover and the next morning she awoke to her care team wishing her a Happy Easter. She was discharged from the hospital later that day but instead of continuing their drive to Rochester Hills, Donna and her husband chose to return home.

In the days that followed the surgery, Donna had to adjust to using her left hand because her right needed to remain in a protective case for the next four to six weeks. Her care was transferred to a physician closer to where she lived and she began occupational therapy a few times a week. Two weeks after the fall Donna was able to drive for the first time and she hopes to soon return to work.

“My accident was so unexpected, but I am grateful to my care team at Lakeland Health for everything they did to make a difficult time that much better,” she said.